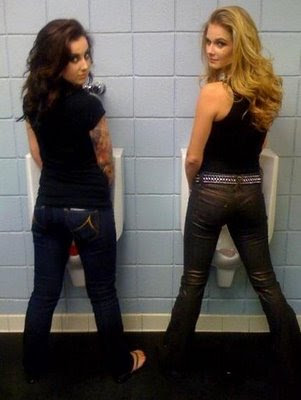 A child is more likely to be molested at church than a transgender-friendly bathroom.

As the transgender bathroom hysteria rages across the nation, it is important to remember where the real danger is for children. And despite the hysteria, a church is much more dangerous for a child than a public bathroom.

Earlier this week a gay Alabama lawmaker discusses the fact that church is a greater threat to children than transgender-friendly bathrooms. In a touching op-ed post, state representative Patricia Todd discussed the difficulties of being transgender, and the myths surrounding the transgender community.

As for “the bathroom issue” Todd notes:

No evidence has been uncovered showing that fears of transgender persons and “the bathroom issue” are warranted. Several states, school districts and corporations have adopted their own policies affirming transgender people’s right to use the bathroom that aligns with their gender identity and have not reported problems.

As for the plight of transgender people, Todd reports:

In a study from UCLA’s Williams Institute, nearly 70% of transgender people said they had experienced verbal harassment in a situation involving gender-segregated bathrooms, while nearly 10% reported physical assault.

As for the safety of children, Todd observes:

Most child predators are male (The National Center for Victims of Crime) and The Child Molestation Research & Prevention Institute notes that 90% of child molesters target children in their network of family and friends, and the majority are men married to women.

In other words, the real danger to children is not strangers in a public bathroom, but people they know, and are taught to trust.

American News X reports in 2014 the US Conference of Catholic Bishops (USCCB) came out with a report on sexual abuse in the Catholic church. The report indicates that from 1950-2013, 17,259 victims made accusations and 6,427 clerics had been counted as “not implausibly” or “credibly” accused. In addition, it should be noted that these numbers do not account for underreporting, or include the unusually large number victims who came forward in 2003 in the wake of the Boston Globe‘s eye-opening report on sexual abuse in the Catholic church by their Spotlight team.

American News X also reports evangelical leaders have grown concerned enough about sexual abuse in their ranks that they have launched the “Godly Response to Abuse in the Christian Environment” (GRACE) to train, educate and help faith communities prevent the rampant child sexual abuse in America’s churches.

A presentation titled “Offenders Within The Church: Who Are They And How Do They Operate?” gives an ominous indication of the grave threat facing children in American churches, including the fact that reported child abuse accusations against US protestant churches average 70 per week (GRACE also acknowledges that the actual number is probably much higher due to under-reporting.)

In fact, GRACE even has a name for this phenomenon that contributes to sexual abuse in churches: The Five Exploitations:

As for the big myth that transgender people using public bathrooms pose some sort of threat, a report issued by Media Matters cites experts from twelve states – including law enforcement officials, state human rights workers, and sexual assault victims advocates – who debunk the myth that transgender non-discrimination laws have any relation to incidents of sexual assault or harassment in public restrooms.

Bottom line: Children are much more likely to be molested at church than in a transgender-friendly bathroom.